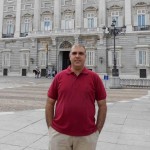 The UN Secretary General says COVID-19 travel restrictions have left hundreds of thousands of the world’s 2 million seafarers stranded at sea for months, and is calling on countries to designate them and other marine personnel as key workers.

Antonio Guterres also called on nations to ensure that crews can leave vessels and be replaced safely, according to a statement from UN spokesman Stephane Dujarric, the Associated Press (AP) reported.

The U.N. chief said the maximum time for seafarers to spend at sea under international conventions is being ignored, with some marooned on vessels for 15 months.